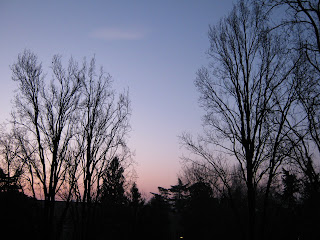 During Easter time we'll be on tour, around Europe.
9 different countries.
The cabbalah is again respected.
So here i will post again a tree.
I tried to do three different trees, but i didn't make it.
One is enough.

soon i promise i'll post the lyrics of the new EP, "No room for the weak", due to september 2010, via Aagoo Records (now also on Revoler/Midheaven mailorder!).
A 10'', recorded by Vicar vittorio Demarin at his Gomma Playground studio, mixed by Marco Fasolo at Ectoplasmic Studio, pumped up by Max Trisotto.
tree (three) new songs, plus a different version of Cohen's"There is a War".

I always end up with some promotion.
I won't be posting things here as if it were myspace or other s.n.

So, here the lyrics, if i forget to come back soon, at least i'd pay loyalty to my words.

May i posted some of them already?
LAziness...
ok, i'll go with two...(what about the Cabbalah freddie?)
Ok, the whole thing:

UNTIL THE PATH IS NO LONGER

YOU GOT WORRY
Every new sun fills my mouth
with words apparently supposed
to grant my purpose of achieving
floating distancies and dignity
Words such as:
Beautiful/You/Owe/Me/Foam/Four/Walls/And/Bruises
Costantly I do believe in/One day when i'll be strong that way.
Growing wings where my weak parts are
knowing now i got it deeper

THERE IS A WAR

Ok, for this one you can check on google...
But we ain't just three singing...Vinh Ngo, the fourth Murphy joined us.
He's the lead voice on this one, and it's amazing!
Look also forward to post here his first sketches for the new EP!

freddie Murphy
freddie was half of exp. Italian duo Father Murphy duo, together with his beloved Chiara Lee Using cut ups and other sounds he and C. Lee work now on soundtracks for motion pictures, book trailers, reading and sound art.